THE LONELIEST ALBUM EVER MADE 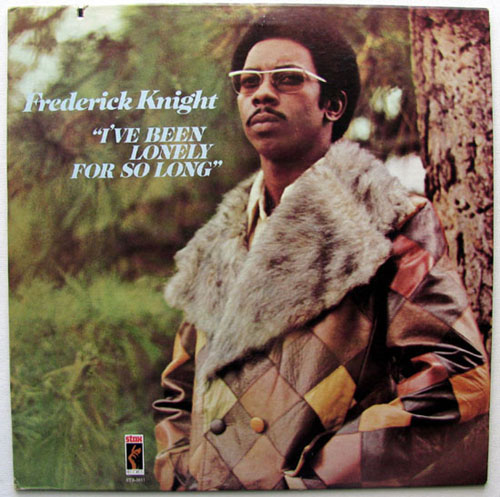 Frederick Knight's only album for Stax is one of the loneliest albums ever made. It speaks of failure, the sense of loss, and solitude. Of these things, Knight knew a great deal.

Knight was born in Bessemer, Alabama, in 1944, and spent years visiting record companies to land a contract. Joe Tex's manager, Buddy Killen, helped Knight obtain an advance from Mercury for "Throw the Switch," but the single was never released. Capitol issued "Have a Little Mercy," but it went nowhere. Knight looked for a career in New York, but had no luck.

Eventually he returned to Alabama to work as an engineer at the Sound of Birmingham Studio.

Knight's first hit, "I've Been Lonely For So Long," was written by Posie Knight, his wife, and Jerry Weaver (although they had someone else in mind when they wrote the song). Released in April 1972, the single was a unique, almost bizarre, example of Southern soul, its sound gentle and resigned, not over-the-top or too deep. Knight's falsetto suggests Al Green's, but it's more whining, less serene.

Unlike most soul recordings, the passionate tirade of a preacher is not at the heart of the performance. Instead, Knight's voice knows the value of keeping the peace. No drums were used on the recording session; the rhythms were made by tambourine and a stool hit with slats of wood. There is, in a sense, a silence imbedded even in the percussion work.

Recorded at Sound of Birmingham Studio, the album was engineered and produced by Knight, with most of the songs written by him. It is practically a self-made work. Even though the album was not created in Memphis, Stax's influence is clear in the use of the fuzz guitars often heard on Isaac Hayes' recordings as well as in the sloppy but pleasing group harmonies which recall the Mad Lads and the Temprees. 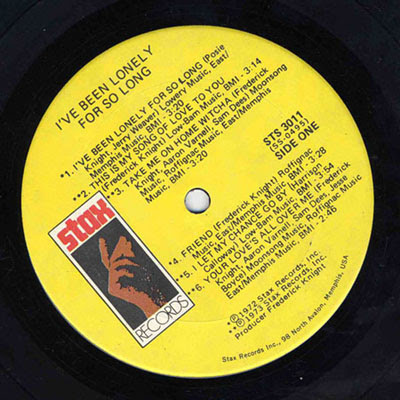 Every song on the album is a companion to the next, each in search of a friend. The misery of covering up of one's feelings is explored on "Take Me on Home Witcha." "Friend" is about the troubled times when there is only yourself, but when the trouble's over, there's a stampede to your door.

Sounding similar to the album's only hit single, "Now That I've Found You" is an unusual moment of Southern soul transmogrified into doo-wop. Knight's second single, "Trouble," bears the thematic weight of this sad, determined album:  "No matter how good you be doing, Old Man Trouble just out there laying, waiting on you."

The whole thing is held together by inventive percussion, sincere spoken introductions and interruptions, gospel calm, and a quiet vision.

There is a happy ending to Knight's tale. In 1979, he wrote and produced Anita Ward's disco smash, "Ring My Bell," for T.K., recording it at the Malaco studio in Jackson, Mississippi. Because of the single's success, Knight moved from his native Birmingham to Jackson, and settled in at Malaco, where the work was steady.

If he is still a lonely man, we have not heard tell of it. 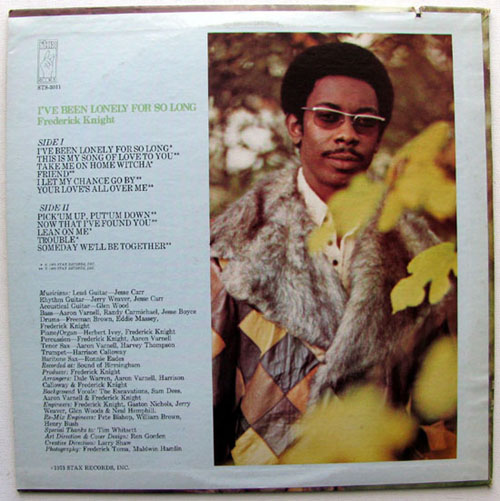