GETTING BAPTIZED BY TONY JOE WHITE 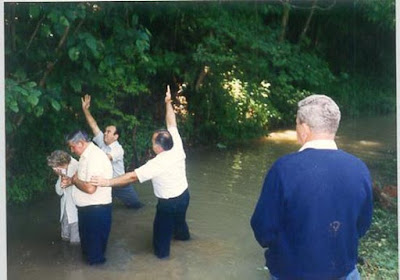 Downhome Southern music is where it's at. Clarence Carter. J.J. Cale. Tom T. Hall. They all sound laid back to me, and they are artists who can be extremely addictive.

Like immersion baptisms. See, someone ducks your head underwater and the water gets up your nozzle and you try to get out of it but the preacher won't let you so you give in and eventually you are drowning for your sins. But you come back for more. You steal an automobile and you're right back there next Sunday afternoon standing with the rest of the congregation on the banks of Honey's Pond. You are there because it has become a home for you – you feel secure in the hands of the Lord.

Tony Joe White would know what I'm talking about. All his songs sound the same. But when you hear that gruff voice of his pouring out of the radio talking 'bout the gator gettin' your granny you kind of slide back and scratch your stomach and your eyelids go ping! Tony Joe White has that much power.

Right now, I'm looking at his picture on the back cover of The Train I'm On and good god if he don't look like a bear. He's got some grizzle on his face and he's carrying a secret under his upper lip. He's the sort of guy who would never even think of using nosedrops, and could tear you limb from limb if he'd a mind to.

I once heard him on a radio show in Memphis where he preached his gospel and played "Polk Salad Annie" for 20 minutes. You got so caught up in it that you fell asleep, but to hear that voice rattling your speakers (his voice is even grittier when he speaks) is frightening. This is a big clumsy ox who is actually a sensitive little dutch boy. He smirks. He smirks at your cynicism. He smirks at your criticism. He smirks at your intelligence, your ambitions, your zest and zeal. Don't it make you wanna go home.

The radio show was a gas because Tony Joe kept playing with us, stopping and false-starting, rearranging and writing new songs as he went along, and when the disc jockey insisted on asking irrelevant questions like "who put the stomp in your music" and "what swamp produced you," Tony Joe just sat back and smirked. You could hear his smirk coming over the airwaves. It sounded like a melted fart but not nearly as weak. It was all taped, so somewhere in a vault there is stored the perfect Tony Joe White performance, but for right now we've got this album on Warner's and perhaps that's all we really need.

I guess the first song is the album. It's the catchiest song since "Layla" but a lot more fun and lot more profound. Besides Tony Joe grunts on it and breathes real heavy for all his fans. All young rising folksingers will want to do it. I particularly liked "The Family," even though Tony Joe didn't write it. "Heaven help the ties that bind the family." It's touching, without bordering on mushy sentimentality. You'll like it. You'll also like every cut on this album. I don't see any point in going down the list; the title cut clues you in on where this stuff is coming from.

It's a lazy song. You ain't supposed to get excited. Frequently when listening to this song, you start looking out the window and you catch sight of a scissor-tailed flycatcher and you yawn. There are strings somewhere on the cut but you don't mind. It's all a part of the plan. Then suddenly Tony Joe spurts out something like "even trolls like to rock'n'roll," and he begins one of those autobiographical ramblings he's so famous for. The song isn't funny but you'll remember it after listening to the album even once, even if it's not as authentic or clever as "300 Pounds of Hungry." But both songs will let you in on the mysteries concealed on the riverbanks of the Tri-City area in Alabama.

I mean, in these days of desperation – you owe yourself something, and this is it. I don't know if it's gonna be your all-time favorite album or anything, but it'll make you dream. It'll make you run away from home and go South. It'll make a man out of you. It'll make you cry and then it'll wipe away the tears. 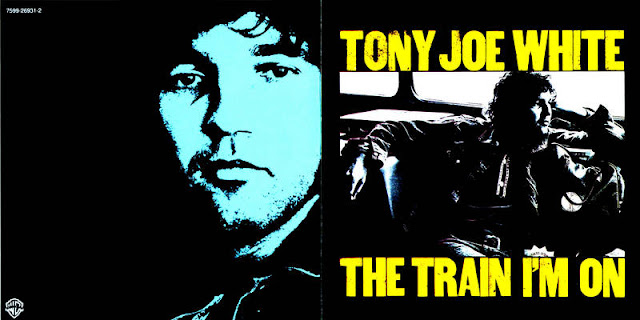