INVASION OF THE SLEAZOIDS IN THE CHEMICAL CAPITAL OF THE WORLD 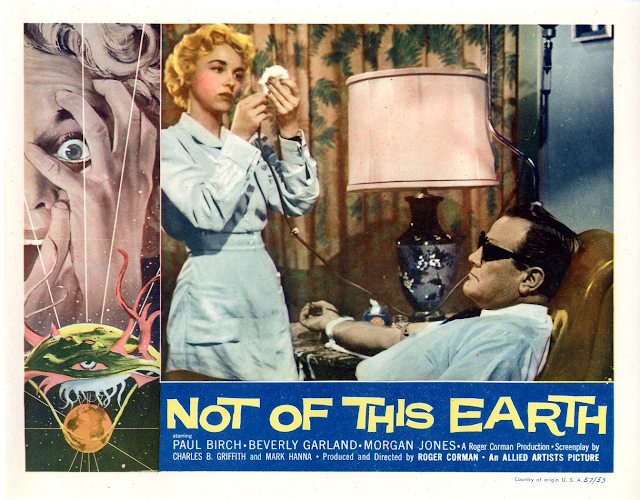 It was the invasion of the sleazoids in deadly dull black and white, and I have the flyer somewhere, which I will scan and post just as soon as I can find it.

I’ve looked all over the Internet but can find neither hide nor hair evidence of this grand event that occurred in downtown Wilmington somewhere in 1975.

The filthiest bunch of skum ever descended upon the incredibly dead city of the Chemical Capital of the World to romp and barf in mindless abandonment under the banner of the First Annual World Sleaze Convention.

Not really the first, fact hounds: Tokyo had several before this one, usually with Ultraman look-alike contests and various Mothra color slide shows, and once, Johnny Sokko of Albany, NY, showed sleazee snapshots of his mom’s undies for 50 cents a peep, AND, if you want to stretch a point, every flea market worth its weight in garbage is a first-class sleaze con minus the pretensions of cult fondling, but like all conventions, whether it’s for babyfat Trekkies or Beatle mop tops, its spells CON, and the fix is for the hustlers.

In Wilmington, the dada was squelched as the wares were foisted on every burned-out creep who flopped near each “bizarro bazaar.” Actual moolah was exchanged for stuff best left near Rover’s daily dump.

Apocalyptic Productions were the hoodlums responsible for this three-day gathering of sleaze. The gyp was so well-conceived that you could even purchase a two-dollar Convention Kit for not attending (although the kit did not include anything swell like an old tampon, chewed pizza, snot, or mangled Bazooka Joe).

The agenda was centered on what seemed like a 24-hour loop of and anything associated with this subversive crass moment in cinematic history. Of course, nothing as arty as the appearance of John Waters was ever promised, but Pink Flamingos Edith Massey did arrive to sit on her flabby butt. (Divine never made it to gobble her own poopoo as was rumored by certain bored spectators.)

Other phooey films were unmentionables such as House of Horrors, Not of This Earth, Little Shop of Horrors, The Dianne Linkletter Story, Zsa Zsa GaGa Bore as a Venusian Queen of Outer Space, and the forgiveable because it's so friggin' laughable, Plan 9 from Outer Space. Lotsa good flicks were shown, yessirree!!

In fact, a tremendous list compiled from those 2-am horror/sci-fi jokes which were once beamed into the homes of insomniacs and offbeat scuzz puds everywhere just after the late-great Tom Snyder’s Doo Dah Theater snooze. Better to watch that slop in the privacy of your own bedroom, though, just you and the tube (before you and the You Tube), without all the crud who call themselves “human beings” picking their noses and bums, smelling like rotten tins of Sea Hunt.

Yes, those were the days….long before the freak show of reality TV.

Of course, now you can do your own Virtual Sleaze Convention anytime with social networking.

But nothing beats face-to-face witnessing of the cultural debris, and I am proud to say I was there at the onslaught.

It’s kinda like saying you first heard Bruce as a garage band on the Jersey Shore.
Posted by Robert Hull at 5:10 PM