THEY'RE COMING TO TAKE YOU AWAY, HA-HAAA!! 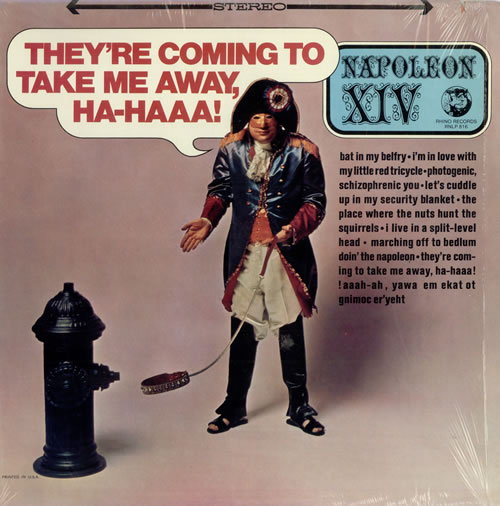 They're coming to take us away, ha-haaa!

Here are XVI responses (answer records) to Napoleon XIV's novelty hit, "They're Coming to Take Me Away, Ha-Haaa!" (Warner Bros 5831), recorded by audio engineer Jerry Samuels posing as Napoleon Bonaparte. I one-of-a-kind hit record that proves that the history of rock 'n' roll is not always what it seems.

The source below list (w/ more info) corresponds to the title listed.

Track #10 above is the B-side to the hit single, and was a mirror-image (both sonically and graphically) of the topside. It is listed (among the album's other contents) on the front cover to the Napoleon XIV album, but, for reasons unknown, was replaced on the actual disc with the Josephine XV track (#4 above). 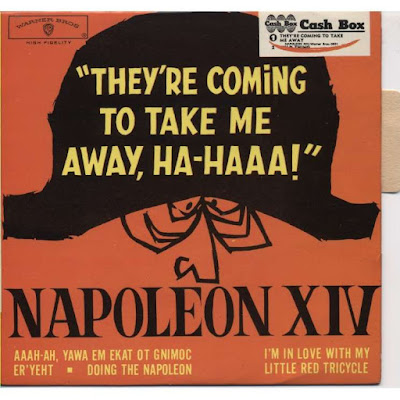 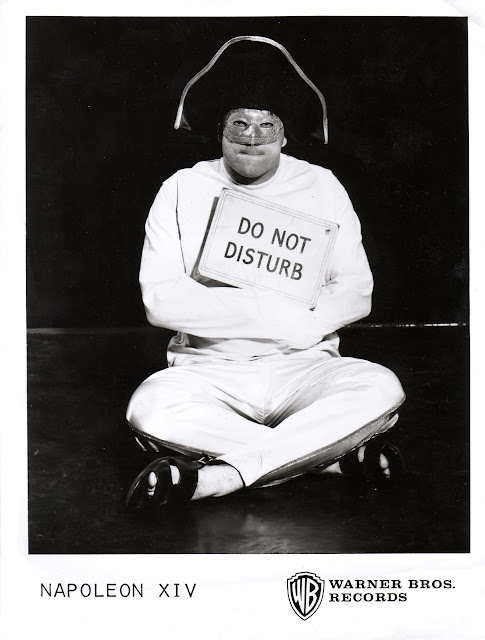