THE REAL GODFATHER OF NEW JERSEY 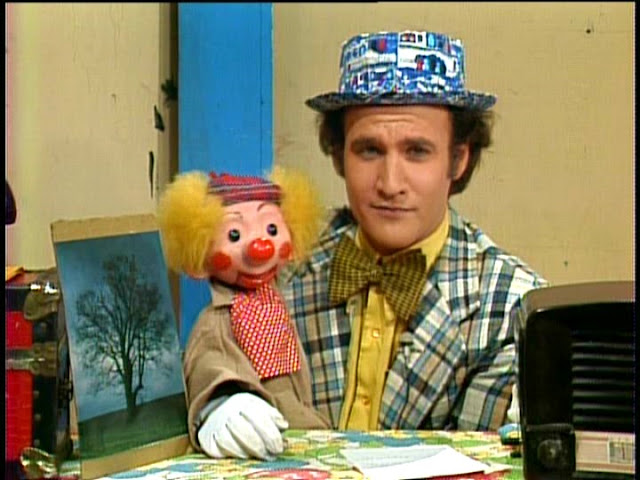 UNCLE FLOYD KNOWS BEST
In the beginning was the word, and the word was Uncle Floyd. (There are other words, too -- Floyd Vivino, Mugsy, Oogie, the peanut gallery -- but that's a longer story.)

My devotion to this teevee character and his throw-it-against-the-wall programming broadcast via UHF out of New Jersey is rooted in the fact that for years I never saw the program but only heard about it from my friends in the New York City area.

The Uncle Floyd Show was what rock 'n' roll elitists watched while everyone else was focused on Saturday Night Live.

Ulimately, the comedy schtick of Uncle Floyd and his cast of misfits suggested a paradise that rarely existed on broadcast television -- a sacred place where whatever you could think of you could actually do, no matter what the mayhem.

Much of what we take for granted now -- especially the homemade ineptitude of a YouTube video or the intentional messiness of hipster television commercials -- were all present on Day One on Floyd's program taped in what seemed like someone's garage.

The local and national garage bands flocked there and rose to the anarchist challenge.

Back in the days of NY punk and garage sensibilities, when music was riskier and certainly more harebrain, I used The Uncle Floyd Show as a barometer of whether or not I would want to associate with someone. When I was asked, as music critics often were back then, what I was "into these days," I'd say: "Uncle Floyd, of course."  Invariably, someone would respond with, "yeah, well, I like Pink Floyd, too, but they haven't been the same since The Piper at the Gates of Dawn. Then, I would simply walk away.

Not everyone was hip to Uncle Floyd back then. But now, you can buy his programs on DVD, VHS, and the Internet, and long for the day when discovering a televison program really meant something -- when the arcane and homegrown had a chance to grow an audience within the parameters of true rebellion by eating away at the edges of local programming.

Thanks to Uncle Floyd, New Jersey remains my favorite state (of consciousness).