THE HOMBRES LET IT ALL HANG OUT IN A GARBAGE CAN 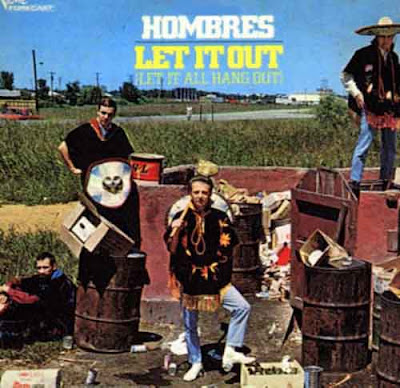 This is one of the great American garage albums that just don’t give a hoot.

A Memphis combo, the Hombres opted for the lighter side of garage-punk. The Hombres’ album cover (which is their only album cover since no record label was brave enough to release another record by them) is an obvious reference to the Trashmen’s Surfin’ Bird LP, released in ’64, which shows the infamous surf band from Minneapolis clustered around a garbage truck.


Ironically, the Hombres had originally intended to be a surf band. In 1967, they traveled through Houston posing as a pop version of a West Coast surf group and somehow got tangled up with Texas producer Huey Meaux.

In 1965, Meaux had already transformed a band of San Antonio punksters into an ersatz British Invasion act, the Sir Douglas Quintet (featuring a very young Doug Sahm).  And so, with the Hombres, Meaux saw an opportunity for reshaping the rebellion of a garage band into a comedic sensibility.

With Huey at the helm, the Hombres’ first 45 was “Let It Out (Let It All Hang Out),” a clear parody of Bob Dylan’s vocal style.  It is still the only pop hit that’s ever begun with a raspberry. In late ’67, the single went to #12 on Billboard’s pop chart—but only after the title had been censored to “Let It Out.”

"A preachment, dear friends, you are about to receive
On John Barleycorn, nicotine, and the temptations of Eve"
(Bronx cheer)

No parkin' by the sewer sign
Hot dog, my razor's broke
Water drippin' up the spout
But I don't care, let it all hang out

Hangin' from a pine tree by my knees
Sun is shinin' through the shade
Nobody knows what it's all about,
It's too much, man, let it all hang out

Saw a man walkin' upside down
My T.V.'s on the blink
Made Galileo look like a Boy Scout
Sorry 'bout that, let it all hang out

Sleep all day, drive all night
Brain my numb, can't stop now
For sure ain't no doubt
Keep an open mind, let it all hang out

It's rainin' inside a big brown moon
How does that mess you baby up, leg
Eatin' a Reuben sandwich with sauerkraut
Don't stop now, baby, let it all hang out
Let it all hang out (repeat in a bumbling manner)"

The irreverent album includes all of the Hombres’ self-penned attempts to follow their initial punk/novelty hit—“Am I High,” Mau Mau Mau,” and “It’s a Gas.” The latter song is not to be confused with Mad’s Alfred E Newman’s infamous novelty song of the same name. Whereas Alfred’s record featured lots of belching and burping, the Hombres’ “gas” record features the inspirational verse:  “Don’t worry about the future, forget about the past/Whether it’s good or bad, it’s a gas!”

Most of the material on this album is marked by an offhand good heartedness as if the group is perfectly aware that their own musical ineptitude is beside the point. Meaux’s typically lackadaisical production-style only enhances the sound of the cheesy organ and sloppy guitars.

Perhaps the most telling moment on the album occurs during the middle of yet another garage version of Van Morrison’s “Gloria.” It is a remarkable version.

The song is untamed and yet focused, but it remains remarkable because it appears, suddenly, all six (6) minutes of it, out of context in the midst of a Southern-punk work of utter buffoonery. And then, right at the heart of the song, the Hombres forget—or seem to forget—the tune they’re playing, detouring into a charming, albeit primitive, stab at the Byrds’ “Eight Miles High.”

With warmth and spirit, the Hombres album seems to explicate Alfred E. Newman’s famous maxim:  “What, me worry?” 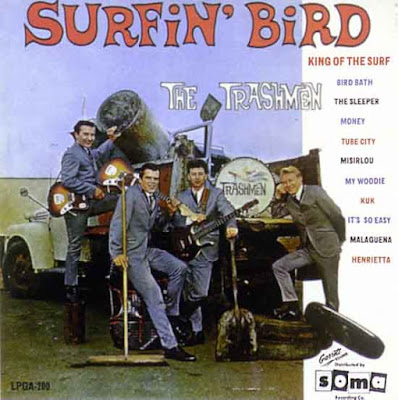