POLKA! A GREAT DRUG OF CHOICE 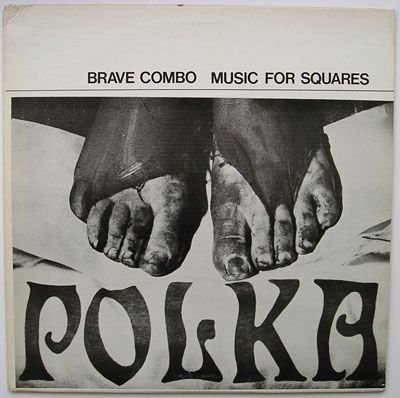 Brave Combo remain the definitive polka-rock band. They were founded in 1979 by guitarist/accordianist/genius Carl Finch in Denton, Texas. For over 35 years, the group has been a major force in popularizing polka music in America, a genre that was once, believe it or not, actually frowned upon.

Brave Combo often plays and records covers of popular songs in a style radically different from the original version. In other words, they subvert the text. Some examples of this are the polka versions of Hendrix's "Purple Haze" and the Doors' "People are Strange."  These restructured versions of familiar songs are performed with humor, but are not really considered a joke or a novelty release. 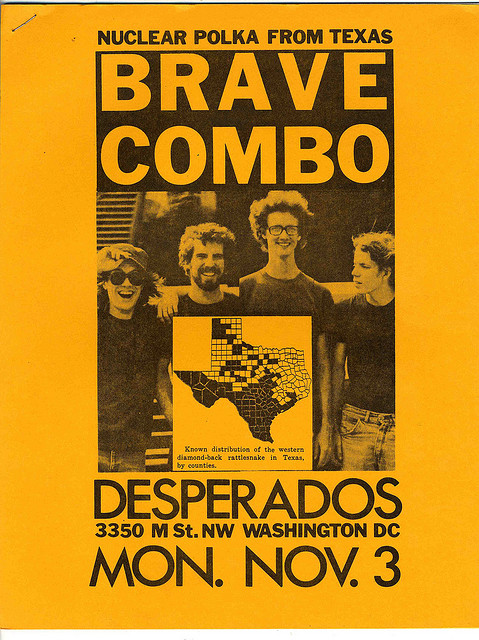 If I'm telling you stuff you already know, well, then here's some facts about Brave combo that might be news to you...

And best of all:  Carl Finch and I produced Time-Life Music's incredible The Treasury of Polka Music, a 2-CD definitive set of the very best of polka hits--the genre's greatest recordings! This monumental project was only sold via direct-market channels, specifically broadcast television, and is long gone (altho avail via used CD markets). The anthology is a real tribute to Mr. Finch's knowledge and genius. 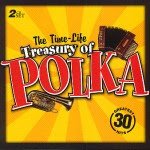