THE RETURN OF THE LEGENDARY KINGS OF LO-FI

Sales Handle
Media maven The Memphis Goons share a lifetime of hard-earned rockin’ noise experience and reveal the secrets to being youthful, spiritual, healthy and absolutely beautiful—both inside and out—as they embrace their senior years.

About the Band
The Memphis Goons came of age 10 years after the American garage-rock phenomenon and 20 years before grunge. Recording between 1968 and 1974, The Memphis Goons were largely ignored by their fellow Memphis musicians, and likewise The Goons ignored their neighborly influences of the time—Elvis, Al Green, Alex Chilton. They were indeed a clump of crabgrass sprouting in America‟s rich musical soil.

The Memphis Goons recorded in the garages and basements of its members— Xavier Tarpit, Wally Moth [Vanilla Frog], Jackass Thompson, and Rover Rollover— literally one mile from Graceland. After “successful” recording sessions, the band members would often frolic at the entrance of Elvis‟ humble abode to piss on its gates.

The Memphis Goons managed to ingest all that went down in the „60s and subsequently infuse it with the nervous propensity of a youth culture run amuck.  Influenced by great garage groups such as The Stooges, The Seeds, and Grand Funk, The Goons piled the rawness of pre-punk on top of replicas inspired by Trout Mask to achieve a noisy synthesis unlike anything in popular music up till then. 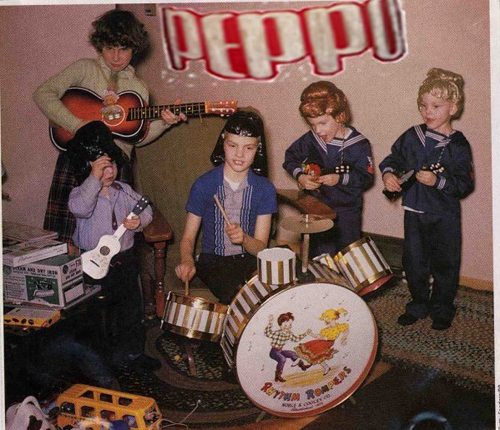 The Memphis Goons named themselves after the British radio comedy team, The Goons, as well as Alice the Goon fromPopeye comics. Their initials are a tribute to the MG‟s of Booker T. fame. The band came from the Memphis suburb of Whitehaven. Every day after school, the group members would gather to create recording projects they were convinced would attract the attention of the music business beyond Shelby County.

That day did occur in 1969 when founder Xavier Tarpit received a personal letter from Frank Zappa on the Straight label stationary praising the recent reel of tape the band had submitted.  With this inspiration, The Goons floundered forward, their dream of suburban escape nearing closer with every revolution of the tape reel.

The nut of the The Goons’ musical genius is the so-called ecstatic monkey wrench. Just when a song seems so out-of- tune or so chaotic that it is about to collapse, it comes together in an epiphany of adolescent abandonment.  There are hundreds and hundreds of hours of these documented songs, with many of them only now surfacing and reaching the light.

The Goons’ projected output of albums were all sequenced, arranged, and packaged as if they were destined to be major releases, including intricate liner notes and surrealistic scrawling.  In the fall of 1996, the brave Memphis label, Shangri-La Projects, released The Memphis Goons‟ first full-length CD Teenage BBQ from this treasure trove of material, a kind of greatest hits.

The album became an instant underground success with over 50 positive reviews in online and print publications all over the world.  Fans of the then-current lo- fi sound loved The Memphis Goons, and recognized their clear sense of purpose and astounding commitment to the garage sensibility. Suddenly it was apparent that The Memphis Goons were the missing link between garage-rock and the Sex Pistols‟ brand of punk.  Although The Memphis Goons practiced and recorded constantly, they never got a chance to play live, except once when they were pelted with rocks and bottles by neighborhood kids in their backyard.

Shangri-La gave them that opportunity on the first day of spring in Memphis in 1998. There, they gave a highly successful performance, and although the members were 25 years older, the band‟s aural madness moved garage rawness to an even further edge. From that moment, The Goons developed a strong base of loyal fans that continues to this day. 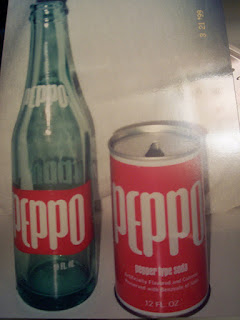 Recorded in the summer of 1973 over three days in Lawrenceburg, Tennessee, Peppo was the last album recorded by the band. However, this strange work almost didn‟t happen. On their way to the sessions, band mates Wally [Vanilla Frog] and Jackass were almost arrested for playing the car cassette player too loud--but the police officer let them go with a warning after he saw that it was a Hank Williams tape.
This session is notable because Jackass brought along his brother‟s drum set, which makes this the first official Goons session where drums are featured throughout. In the usual Goons manner, all of the songs on this release were recorded in one take after only a few rehearsals.

The final song on Peppo is actually the final recording by The Memphis Goons until they went into the studio in the '90s. Recorded in the summer of 1973, “Dead Time in My Mind” (originally titled “Living Dead in Memphis”) was created in Jackass‟ living room. The tape of this recording, though, remained in the trunk of Jackass‟ car for the next five years until he discovered it changing a flat tire.


Key Features
Highly Promotable Band: Leader and founder, Xavier Tarpit aka Robot A. Hull aka Robert Hull is a mediagenic print and online writer and producer who has worked in the music business for over 30 years. His credits include Time Life Music, Time Warner, Rhino, Warner Strategic Marketing, PBS, Discovery, National Geographic, Rolling Stone, The Washington Post, Creem, The Village Voice, Universal Music, among others.
Large and Growing Market: There is an increasing interest in lo- fi recordings, and with the long tail of Internet sales, 30somethings and boomers are united in discovering these rarely heard sounds. Although incremental at this point, the market for noise, garage, punk, primitive, and outsider music is increasing.

Boomers love this kind of stuff!!
Baby Boomers who want to look and feel great, and dream about their own garage bands. The buyers of music, books, and DVDs about the Sex Pistols, Sonic Youth, Nirvana, etc.

Benefit to the Customer
The customer will learn:
•  The sensibility of emotional and spiritual exuberance
•  The nature of noise
•  That lo-fi holds a deeper meaning
•  How to tap into the self-confidence and inner beauty that only comes with age