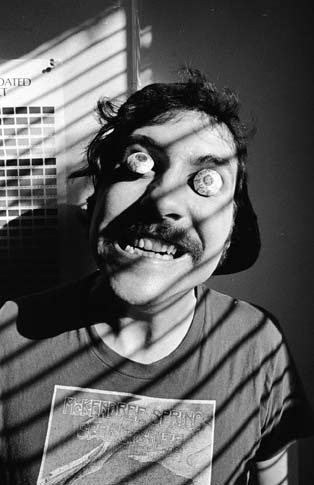 The guy in the photo above was a genius, and so is this guy (via the comments section of Christgod's MSN grades & opinions):

I think Creem was among the first progenitors of the social media ethos, via their letters pages.

First, they were uncensored. Any crazy bit of nonsense you sent in got printed as it was, if it got printed at all. So it was almost like having a blog where you could say whatever you wanted.

And then other people would respond to letters, so you had ongoing conversations in one month intervals. And if you read long enough you got to know some of the letter writers by name because the same people would show up repeatedly.

The letters page very much had the feel of a community -- like around here -- and it was often the highlight of the magazine. Certainly it was what you read first. I don't know of anything else that was quite like it at the time.

One of my proudest teen moments was getting not one but two letters published in a single issue. Well, we all have our moments! I had maybe a dozen letters published over all, but far as I know I may be the only person who ever had two in the same issue. At least I'm going to cling to that distinction until proven otherwise!

Posted by Robert Hull at 8:03 PM No comments: